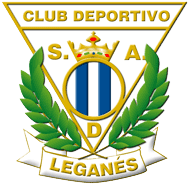 Two years removed from narrowly missing out on the Segunda title, finishing just one point behind 2015-16 champions Alavés, one of Spain’s smallest clubs looks to survive another season. They narrowly escaped relegation by just four points in 2016-17 and scored the second least goals of any top flight team, with 36. The arrival of three new defenders should bolster an average back line, but the Pepineros will likely not score enough goals to stay up this season.

2016-17: Leganés started strong with 1-0 and 2-1 away victories over Celta Vigo and Deportivo La Coruña in their first four games, placing themselves 10th on September 22. However, they would go 2-5 in their next seven to drop to 15th. An 0-5-6 record in December and January dropped them to 17th before a 4-0 statement win over Deportivo at home on February 25th. However, they would only secure three more victories before season’s end even if they were all shutouts including 3-0 and 4-0 victories over Las Palmas and Real Betis.

Star player: Now in his fifth season at Leganés, captain Martín Mantovani has made 142 appearances for the club and led the team to 11 clean sheets last season. He will hopefully draw on impressive shutouts Atlético Madrid, Villareal and Athletic Bilbao to have a stellar 2017-18 season. At 32, Mantovani is a seasoned veteran despite playing his first La Liga season last campaign. He will certainly get looks from the bigger clubs if he can keep his team up once again.

Transfer window: As a small club, Leganés were only able to make three transfers, two of which were players they had on loan last season. Nevertheless, the defense should improve on a lackluster season for them, even with the heightened competition in which they allowed 21 more goals than in 2015-16’s Segunda campaign. Still, the Pepineros are in desperate need of attacking players and if they are unable to fill that need, the 2017-18 season will certainly be a tough one.

Prediction: Leganés narrowly escaped relegation last season while scoring just 36 goals, and is yet to sign a major attacking player. This comes after not having a single player in double digit goals last season. They also lose 10 players that were on loan last season, meaning it will be hard for them to compete against the bigger clubs with a squad that currently numbers only 15 players. With so much talent in La Liga last season, even eight wins may not cut it for safety.