Atlético may have advanced to the Europa League final, but they still have unfinished business left in La Liga. After their first home defeat of the season last weekend at Espanyol, Atleti must win out to finish ahead of city rivals Real Madrid.

Barcelona clinched the league weeks ago and the four Champions League spots are set. But bragging rights are on the line as Atleti travels south to Madrid community rivals Getafe.

Kickoff time is set for 18:30 in the Coliseum Alfonso Pérez.

Atletico has a spot in the Europa League final, but they have neglected the league lately, winning just one match in their last four. That run includes losses to Real Sociedad and Espanyol and a draw against Real Betis. However, Atleti has a chance to finish the domestic season on a high note with wins in its last two matches.

Getafe are making a late surge and are just two points out of the Europa League spots in eighth place. Los Azulones have won four of their last five including impressive victories over Valencia, Girona and Eibar.

Manager Jose Bordalás saw the team out of the Segunda Division and is now amazingly making waves in the top flight despite it being the club´s first season back. Bordalas brought in a whopping 18 players on either transfer or loan before the season. Only four of those players: Ángel Rodríguez, Francisco Portillo, Gaku Shibasaki, and Vitorino Antunes started in the May 6 win over Las Palmas.

Rodríguez leads the team with 13 goals, but no other player has more than seven. Damián Suarez, Faycal Fajr and Jorge Molina each have four assists.

Atletico have won every match in this fixture since 2013 and lead the last 30 matches with 18 wins, 4 losses and 8 draws.

Atleti also won on January 6 at the Metropolitano. Ángel Correa and Diego Costa had the goals in a 2-0 victory, part of a five-game winning streak across all competitions.

Juanfran will return from his hamstring injury, giving Diego Simeone a full squad for selection on Saturday. Look for him to return to his traditional 4-4-2 lineup after the failed 3-1-4-2 experiment against Espanyol last Saturday.

Bordalas will also likely use a 4-4-2 lineup with Vicente Guaita between the sticks. Antunes, Bruno González, Djene Dakonam and Francisco Molinero form the back line with Amith Ndiaye, Fajr, Sergio Mora and Portillo in the midfield. Rodriguez and Jorge Molina are the forwards.

Simeone acknowledged the importance of the match and said, “Getafe are well structured and know how to counterattack.”

Atleti has not had trouble with this fixture in the past, but Bordalas’ men are on pace for Getafe’s highest finish since their formation in 1983. Their defense ranks third in La Liga and will tough to penetrate at home where they have allowed just 13 goals all season. With Real Madrid hosting Celta Vigo this weekend, a win will be important to keep the city rivals at bay.  More importantly, it could also send the team on to Lyon with positive momentum. 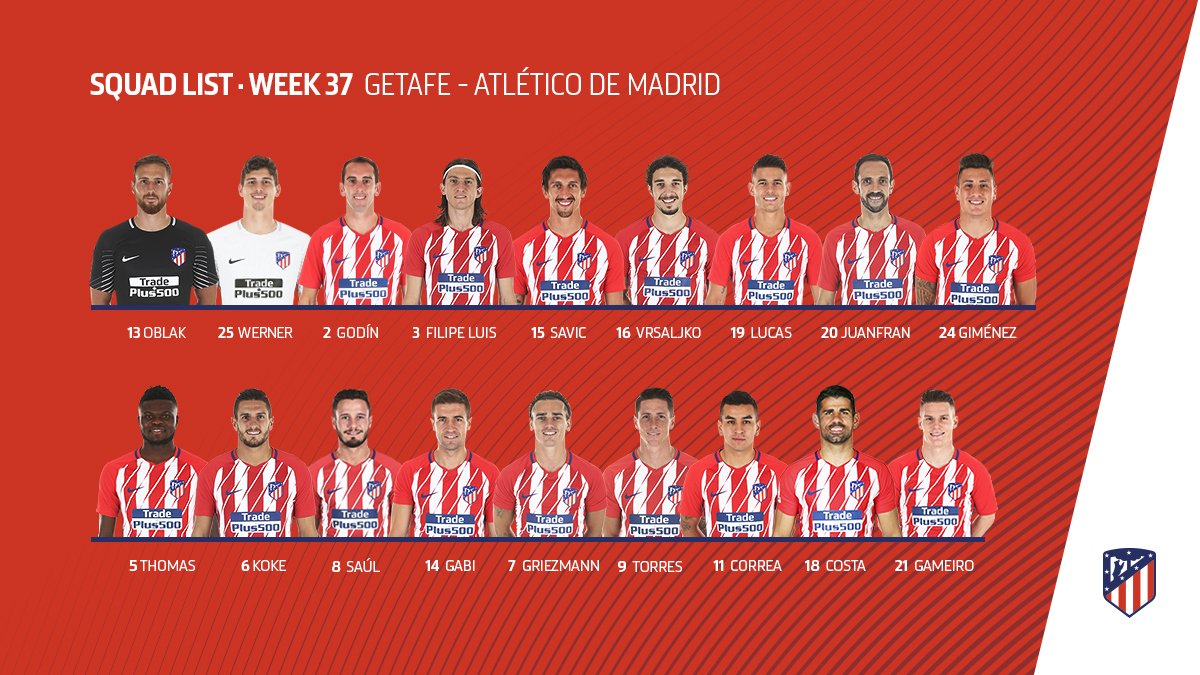